Harmony Law's client had a claim for an ownership interest in a $7.5 million firearms and ammunition manufacturing enterprise. The client was kicked out of the operation and shut off from any compensation. The person controlling the Cook Islands Trust moved all the attachable assets into the Trust to keep them out of reach of any potential creditors, including Harmony Law's client. The Cook Islands Trust had previously been successful in using such tactics to evade other large creditors, including the IRS, Wells Fargo & Sotheby's.

The litigation took three years. It involved actions in four different courts. Despite the great odds against it, Harmony Law did not give up. It continued to advance the case and eventually broke the Trust's resistance and resolve. Harmony Law achieved a great recovery for its client. The Trust representative's comment was especially insightful about the strong efforts against the Trust. When we were negotiating a resolution, the Trust representative demanded from his attorney that he should "never hear from Hutchins again in any court globally for any entity related to us." I take his demand as a compliment to the efforts of Harmony Law to prosecute the case against the Trust. 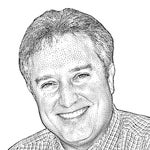